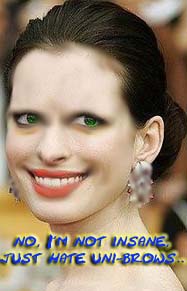 (whack in this instance means weird and strange and odd…not killing someone nor slapping the silly right out of ’em) https://aguycalledbloke.blog/2018/10/13/game-on-series-2-just-wack/ This twice weekly game will be 21 questions or in truth 16 flexi questions, because there will be five permanent that must stay in place at all time. But apart from those 5 permanent […]

via Game On! Just WHACK.. — sparksfromacombustiblemind

This is the work of a ‘krazed and wacky genius!’

So to my questions …

What is a curb crawler?

Well pretty sure Curb Crawling is that strange game that IT used to play in the drains? Failing that then once more pretty sure it’s the same as in the States … someone driving around looking for a bit of action off the street.

What is ‘bubble and squeak”?

It’s a strange toy that dogs love, failing that l guess l have to fess up to it being boiled potatoes and cabbage. My Mother used to make it for breakfast sometimes when l was a kid.

What are bangers and mash (I think I know this one…sausages and mashed potatoes, right?)

Exacto – one of Desperate Dan’s favourite meals l believe, albeit his plate was mountain high.

Isn’t this the term that Amazon use when sending out packages all around the world? Failing that, l am pretty sure the term is applicable to a practice from the times of servants when they were awarded a gift box from their employer and who then in turn awarded gift boxes to their families. To do so, they were awarded the day after Christmas to serve them.

Why ‘Father Christmas” over Santa Claus?

Mm, this is a very good question and one steeped in both tradition and etiquette. In Britain, we refer to Father Christmas whilst in the states most refer to the guy in red as Santa Claus. It is a long, long confloluted response, because we mustn’t forget Saint Nick either. How about we settle on l am happiest the most when people refer to this character in the term they find most befitting?